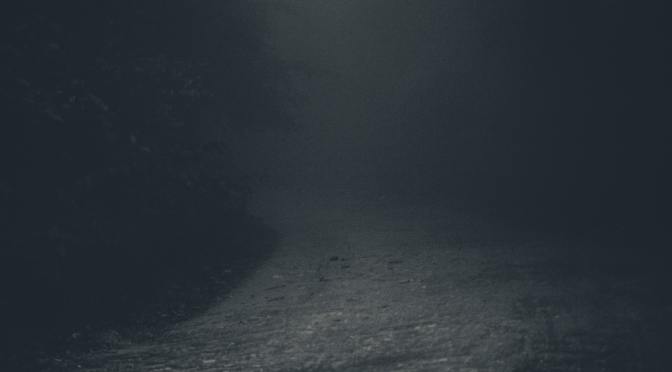 For a long time, I have been on a path of forgiveness. The process began more than two years ago, but I do not have the exact timing. My past has been full of things that I considered negative, and I used to drown in that madness because it was the only thing that gave me energy, or so I thought. I had considered myself a victim of circumstance for this reason. In retrospect, half of my lifetime was filled with very demoralizing experiences. They were lessons of course, but I did not view them as such then.

This whole period of forgiveness has been to teach me that all that I have gone through are nothing but lessons. It has taken quite some time to disassociate from the negative energy. I had described myself by it for a long time, and I never thought that I could ever detach from it. There were times that I could not see any good thing that was happening in my life, and it was because my vision was blurred by the so much hate that I held for my past experience. Is this not the main blockage for us to experience new things? It obviously blocks you from appreciating anything at all in your life.

Forgiveness of any kind cannot happen where love is not involved. Love is usually the key to true forgiveness. Some teachers have gone further to say that, one should see themselves loving those situations that they want to let go of. There is evidently some effort that should go into forgiveness. Now, I am aware that there is always an argument about whether the incidences should be forgotten, or not. Most people have chosen the forgive-but-not-forget route. I never understood this route, only until recently. So, my view is this, only remember it as a lesson. Not as something that should give you the motivation to do something else.

Don’t many of us have very good childhoods! I am sure we would love to be taken back to the memories that we had as we were growing up. However, experiences are never one-sided. Because of duality, things always seem to have opposite energies. That is, the negative and the positive. Most people on the face of this earth are suffering from childhood trauma. While most will deny the source of their anger, it is a fact that our memories are hidden safely away from the public eye. With time, there will always be triggers for these traumas. As it is with negative energy, the more you keep it hidden, the stronger it becomes. It is like giving it a breeding ground.

My childhood was full of negative experiences, and I had hidden them in the darkest corner of my heart, where only I could access them. Whenever I experienced other ‘bad’ circumstances, I would go and fuel my anger in this dark corner. The more I did it, the more I could not see anything positive to celebrate from my younger days. Every time the rage was triggered, it was like somebody was adding fuel to the fire. I did not know better, to let go of the negative past experience, and accept that they had already happened. I did not know that I could ever forgive others, and myself too, for those experiences that I had experienced.

When somebody does not practice or encounter forgiveness, there is always a dark cloud over their head. It is very easy for one to see the fault in what other people are doing, and they are easily triggered to assume the role that they have kept safely in the darkest corner of their hearts. This lack of awareness of forgiveness, makes one hold back on so many new experiences that could come their way. People keep focusing on the negative experiences that they encountered when they were younger, and for most people, it has become the motivating factor for their power to achieve the goals that they have set for themselves. They think that they are a distance away, by running further from what they do not want to experience anymore, but what is really happening is that they are holding on to the negative energy from the past.

Most people keep running away from this ritual that we call forgiveness. It is challenging of course, and it is not a one-time affair. It is a journey in itself. Forgiveness is key for one to begin seeing things that are hidden from them, most times by rage. Forgiveness would require one to face this fear that they have been running away from all their life. Most of us have just become good at running away from facing our fears. That is why the fears follow us throughout our lifetime. The reason is simple, we have kept it alive by refusing to detach from it. We should instead let the negative energy flow freely out of us, or through us.

At the time of writing this, I had done quite some forgiving on my past life experiences, and it has helped me to see all those experiences as lessons that I required to learn. It is by observing those lessons, that I appreciate the skills that I have learned. It is by learning those lessons, that I know where I should not step on again. I know that if I fail to see the lessons, they could always repeat again, and I would find myself in the same situation, thinking that I am a victim of circumstance. I can freely think about the past, not afraid of what I would see because I have detached myself from it all. For this reason, those who are always close to me are always wondering how I have such a sharp memory of my childhood.

It is also through forgiveness, that I have appreciated those that have been in my life so far, from those childhood days. I no longer have to blame anyone for any negative experience that I encountered. Whatever happened was meant to happen, and we are way past it anyway. I still have the power to change the past in this present time. How is that possible? One may ask. It is simple, all I have to do is view it from a higher perspective. This will work for anyone who wants to forgive. Of course, you will not be aware of the higher perspective before you forgive the situation.

Give yourself enough time to forgive. Of course, there is no hurry, but it is all for your benefit. The bigger effect anyway, is that it also benefits those who have been involved in your life. If you do not have a grudge over other people, then you release yourself from their karma, and so do you release them from your karma. Even if the other person does not learn their lesson, at least you have learned yours. If you learn the art of forgiveness, you do not hold fear over what could be brought from your past anymore. It will not affect you, because you would have removed the power from it through detachment.

The other advantage, is that one is going to be more appreciative of life, and of the position that they hold now. As scary as facing your demons sounds, it has enormous advantages after the process is initiated. You will then become a master at transmuting negative energies, and they would have nothing left to trigger in you. The more you transmute darkness, the lighter it becomes. It has been said once that, the only way to defeat darkness, is by adding more light. Forgiveness, is a weapon of the light. So, forgiveness, through the transmutation of the negative energies, brings more light into the situation, and ultimately, more light into your life.

When you detach yourself from situations, the immediate effect is that you feel lighter. This is because there is no burden that one is carrying on their shoulder. It has been said that when we get older and our backs bend forward, then it is because of the karma that we have collected ( I got this from Sadhguru). I assume that, this is because of a lack of awareness of the power of forgiveness, and transmutation that we possess. When one does not practice forgiveness, their relationships are always in trouble, because their triggers are easily hit, and it is like poking an open wound.

No wonder most people do not see the beauty in life. It is because of the burden that they carry on their back, from the past. They refuse to let go of the experiences, because they associate themselves with the emotions from the past. These emotions consume people’s energies, and are the source of the diseases that then come into our lives. They come easily, because the catalyst is the bitterness that we let to grow in us. There is so much beauty in forgiveness, once one has found the value in it. One must open their heart, and let the light illuminate the darkest corners of their heart. This is the only way that darkness will shirk in the presence of light. Otherwise, running away from all this, and waiting for the perfect moment will not help at all.

Have you begun the journey of forgiveness yet? You can do it daily, starting Now! This is surely a taste of the eternal life that we all have. Maybe, this is what keeps us away from being aware of this eternity. The power of love, put together with the power to detach, will elevate the process of forgiveness to a faster rate. Wouldn’t you love it if you let go of the burden caused by holding on to negative energy, holding on to rage, holding on to grudges? Do you want to find out how it feels to be and feel lighter? You become healthier and live longer, this is of course after getting internal peace. Well, what are you waiting for, start forgiving NOW! Namaste.

3 thoughts on “Forgiveness of the Dark and Spiteful Past.”