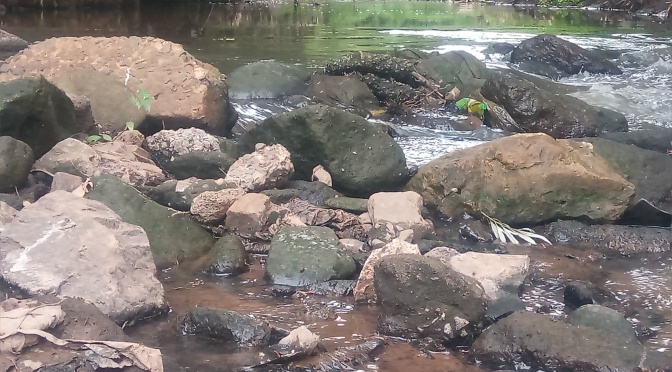 It is mid-morning, and I am sitting cross-legged on the lawn, doing a series of meditations. The wind blows into my nostrils, as I take a deep breath in, then out. The sun shines on my face, making the region between my eyes react to the bright light. The intention of this meditation is to connect with mother nature, through my base, or root chakra. I am also grounding since I am already barefoot, and have physical contact with the earth. There are a few visualizations here, but ultimately, I am left with a good feeling.

I tend to believe that mother nature is always talking to us, and she is ready to listen to us talk to her. The stones that would be considered dead, are very much alive, and can hear the faintest of our thoughts.

Nature is alive and we can communicate with her. Shamans naturally understand her language. They have a deep connection with nature, thus the ability to communicate. We might think that this is something that is made up, but our ancestors used to do much the same. Talking to nature. The industrial revolution came with a lot of changes to the way humans relate to nature. Humankind has come to care less for nature, yet it is to her, that we owe our physical survival.

The informal education that was much used by our ancestors, was swept aside and forgotten, as we all got busy developing our lives.

We like to have the best things, that is; the best cars, the best houses, the best clothes, and the best shoes. The list is endless. Most people have a liking for shoes. A good number of them say that they first choose their shoes, then the clothes that match the shoes come later. It is common to hear of people that buy new shoes every week. There are obviously various ways to show that one is enjoying life, maybe this is one of them.

Hundreds of years ago, our ancestors walked on the earth barefoot. There were no developed towns to go and live in. Oh yes, one might say that industrialization changed things for the better, but has it moved us further away, or closer to nature? How about our concern for the environment at large?

Children grow up and are immediately introduced to shoes, to protect their feet from dirt. This is not a promotion of the so-called, ‘dirt is good’, campaign. They have a different agenda altogether. The children also eat sweets, and many other snacks wrapped in plastic material. These wrappings mostly end up on the roadside next to the shops, or in a dump yard. There is a sweet story of, ‘Recycle, Reuse, and Repair’, but it hardly ever works in most countries. In fact, most developed countries export their Electronic waste(E-waste) to developing countries in form of donations.

A great number of us grew up with such habits as, throwing plastic containers anywhere we saw fit. Nobody ever thinks of the impact of that wrapper. It could end up anywhere and affect either, or both plant and animal life. Most kids have been brought up with electronic gadgets, so much so that going outside for some sunshine is frowned upon.  When they finally come of age, with the ability to make sound decisions, they stick to this tradition and pass them on to the next generation. Who then is going to speak for nature?

There are some organizations that fight for nature, and they sure are loud enough, but does anybody hear them out? We are driven by selfish interests, and are always trying to outdo one another. We seem to care less about the consequences, or we give it last priority. Does even a single day go by, without us taking a sip of water? If not, then it is used to cook, or wash something. Yet the trees are cut and not replaced. Mother nature, who oversees evolution, does everything to make sure that our species has what it needs, to move up the evolution ladder, but we pay her with hurt. If this is the planet we call home, how come we don’t treat her as we do our own houses?

People are so protective of ‘their property’. We have witnessed others being killed whenever there is a land dispute. One would be ready to kill a thief, or a mere stranger, who had strayed in their home. Why don’t we give this same love and protection to mother nature? Nature is always the place to go when there is tension in a closed space. People normally say, ‘I am going to get some air’. When they go out, they feel refreshed, and ready to move on with whatever they were involved in. For something that has such an effect on us, don’t you think it should be treated with just as much love and respect? We should really reciprocate her love.

Every day we wake up, but the trees will always be right where we left them, the birds will still sing, and the butterflies will still be flying around. All this happens for us.